The renowned writer of various books on Earth Observation, Dr. Herbert J. Kramer, whose Observation of the Earth and Its Environment is widely regarded as the most complete reference about Earth observation satellite missions and sensors, is now retiring after over 30 years of excellence in the field of Earth Observation—17 of which were on eoPortal. 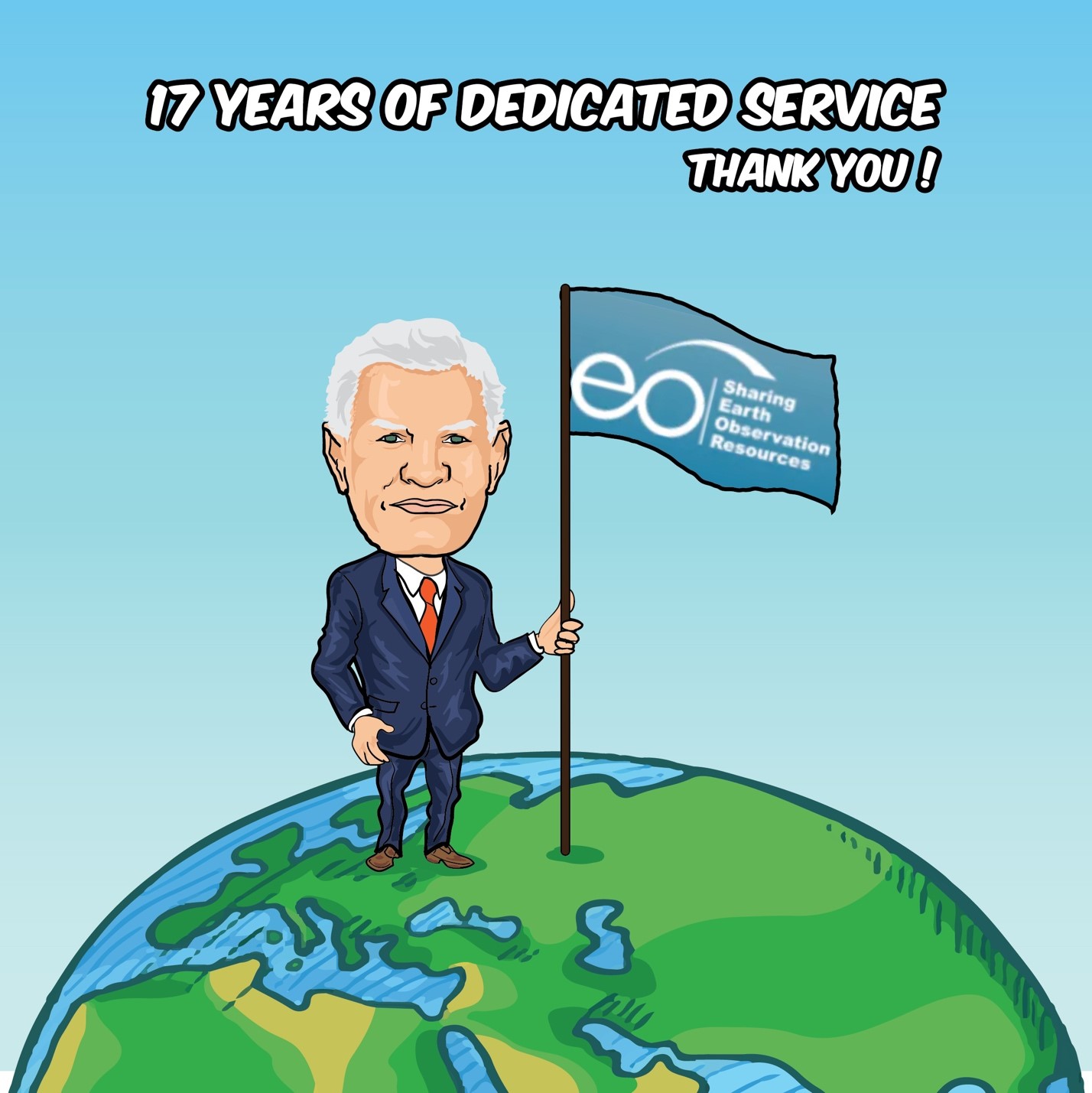 Born in Westphalia, Germany in 1939, Herbert J. Kramer emigrated to the USA in April 1962, after receiving his Engineering Degree at the Staatliche Ingenieurschule für Maschinenwesen in Siegen. In 1964, he continued his education receiving a MME (Master of Mechanical Engineering) degree at Villanova University in 1966, and a PhD in 1971 from the Catholic University of America, Washington DC, with the support of a NSF (National Science Foundation) fellowship.

After a year as Assistant Professor at Villanova University (covering Heat Transfer, Thermodynamics, and Applied Mathematics), Dr. Kramer returned to Germany in 1972 and worked at DLR (Deutsches Zentrum für Luft- und Raumfahrt, the German Aerospace Centre), in Oberpfaffenhofen, until his retirement in 2002.

Dr. Kramer’s work at DLR dealt with Earth observation projects dealing with foreign institutions, resulting in visits to JAXA (Japan), INPE (Brazil), CNES (France), ISRO (India), CCRS (Canada), and to the ESA centres ESTEC, ESOC and ESRIN. This experience gave him valuable insight and contacts with international organisations in the space community, and in 1989, he began collecting Earth observation project descriptions, which resulted in the first edition of his book in 1992.

In 2003, after his retirement from DLR/GSOC in the previous year, the Head of the Ground Segment Department at ESA/ESRIN contacted Dr. Kramer, asking if he was willing to put the content of the book’s 4th edition onto the new eoPortal website, which ESA had just created. ESA embraced changing technology, and wanted to provide the valuable information from Dr. Kramer's book in an online format, supporting frequent updates to the content.

Since then, Dr. Kramer became the main source of all articles published on the eoPortal, making the website an active showcase of his vast body of work, which includes over 1,300 articles produced over the years. Each includes an extensive depth of information and wide coverage of missions.

The good news is that although Dr. Kramer is retiring, eoPortal is not. In fact, it is undergoing a revamp, where a modernised version will feature all of his work, alongside new and updated Earth observation related news and articles.

The eoPortal team and the Earth observation community in general would like to extend their gratitude to the huge work carried out by Dr. Kramer over the years – he will be greatly missed, but his contribution has been forever imprinted within the Earth observation realm, and will endure thanks to the continuation of the website.